Located in the popular West End, Sackville House is a stunning example of typical London architecture. Gorgeous Portland stone and timeless red brick form an attractive corner facade that stretches for 45 meters through the prestigious streets of Mayfair. Situated between glamorous Bond Street and vibrant Piccadilly Circus, the building shares its exclusive zip code with some of the UK’s best-known institutions, such as the Royal Academy and Fortnum & Mason. With Sackville House, Art-Invest Real Estate has acquired a real trophy in its British portfolio. 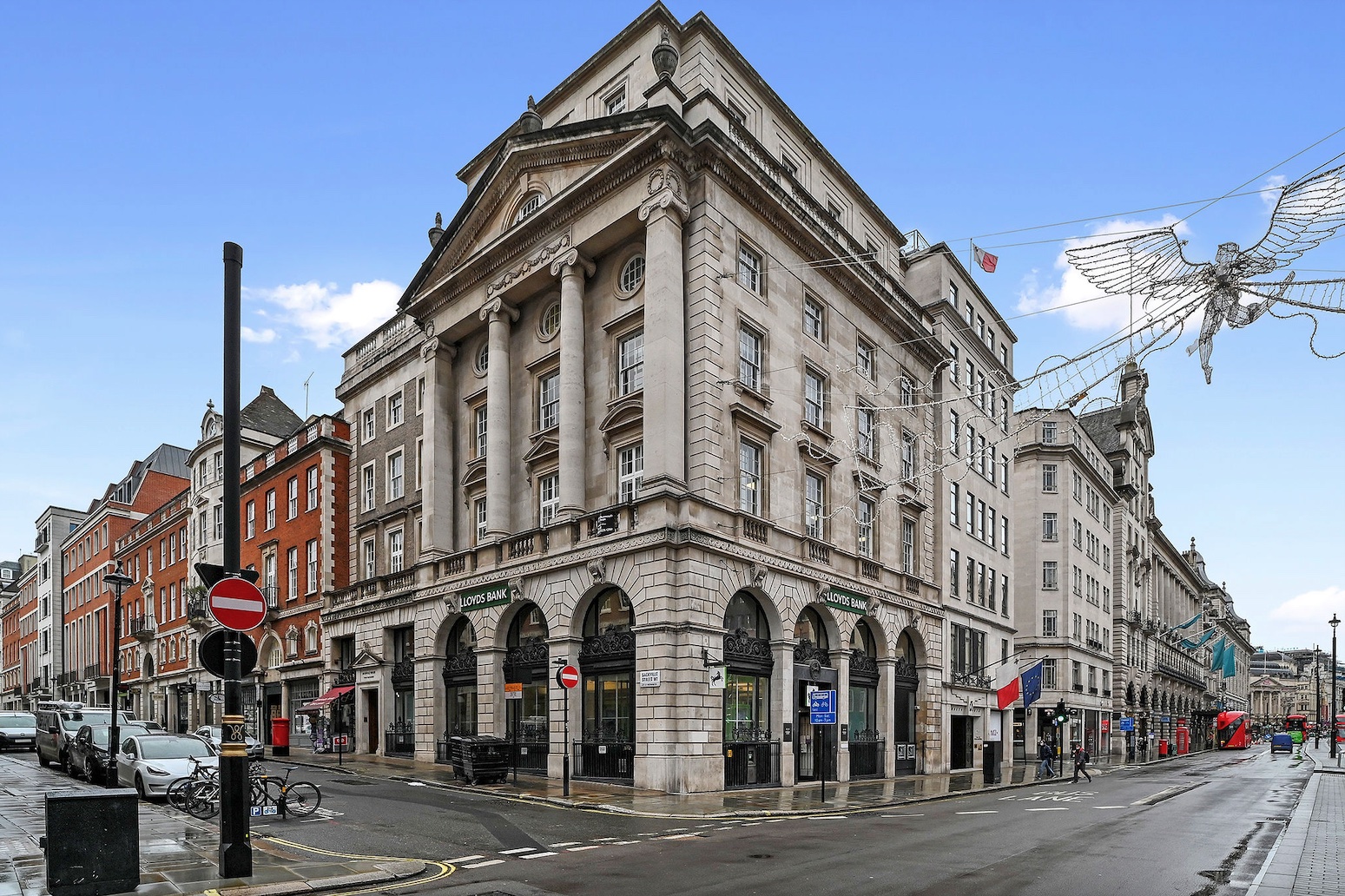 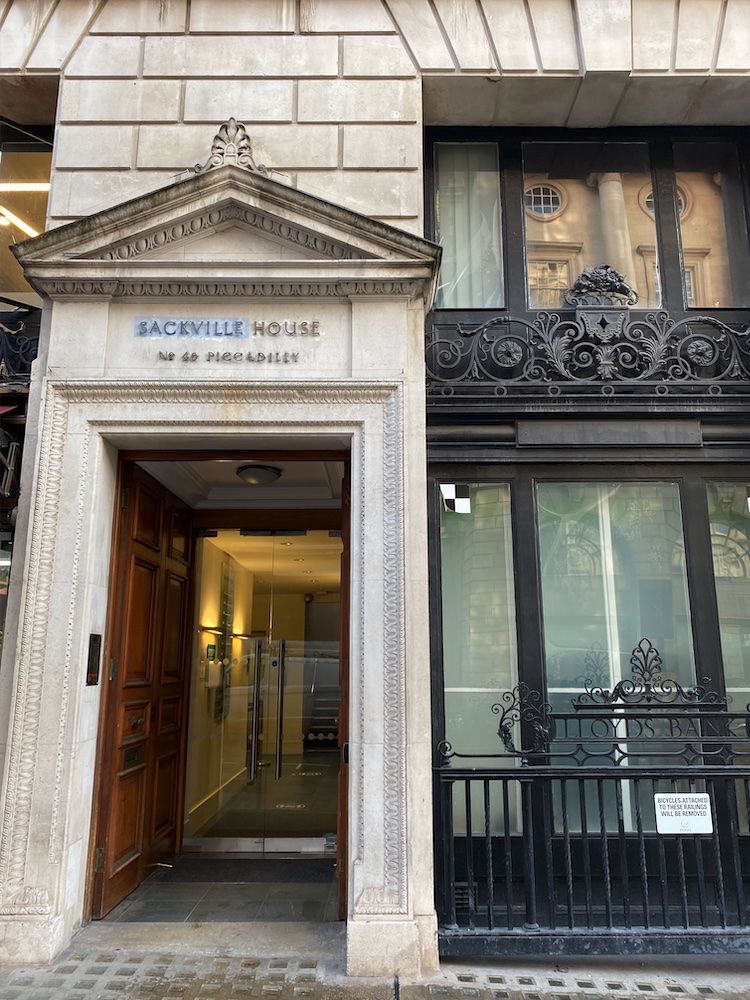 Historical landmark with a future

Designed in 1931 by prominent British architect George John Skipper, Sackville House is a building steeped in history. It is classified by Historic England as a Grade II listed building, designating it a building of special architectural or historic interest and warranting every effort to preserve it. A branch of the famous British bank Lloyds Banking Group has occupied the ground floor since the 1930s. Other tenants include a tailor with a Royal Warrant, recognizing them as a supplier of goods to the Royal Family. The view from the roof perfectly captures London’s past, present and future, with landmarks such as the Houses of Parliament and the London Eye instantly recognizable. 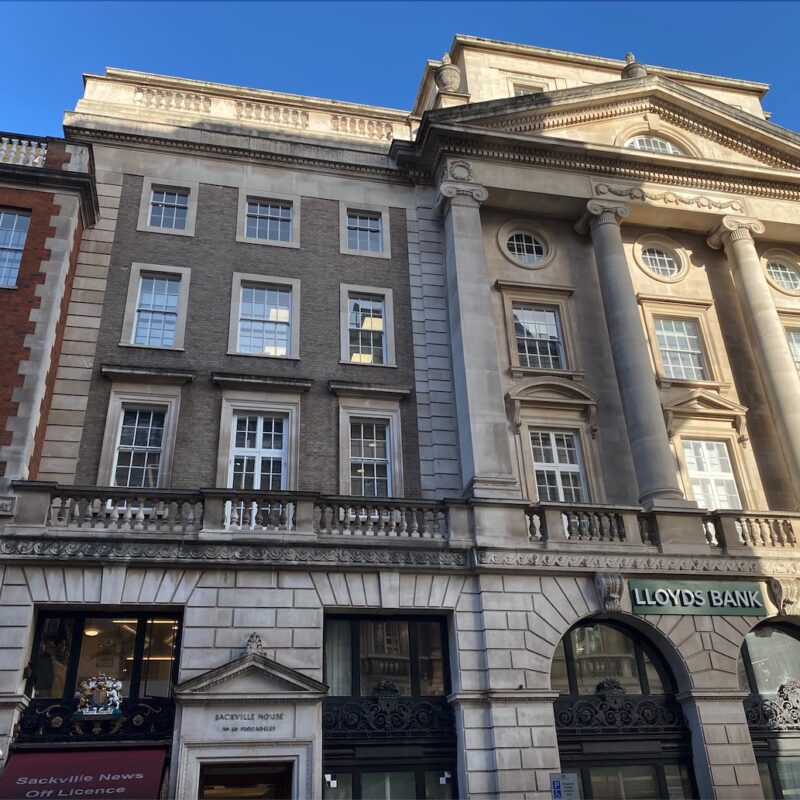 Sackville House fronts onto the world-famous Piccadilly and one road away from Regent Street, nestled amongst some of London’s most famous shops and restaurants. The building is just a few minutes‘ walk from the thriving theatre district and the urban oasis of Green Park. Tenants and visitors alike benefit from every amenity they could wish for on their doorstep, as well as the excellent connections to the London Underground. 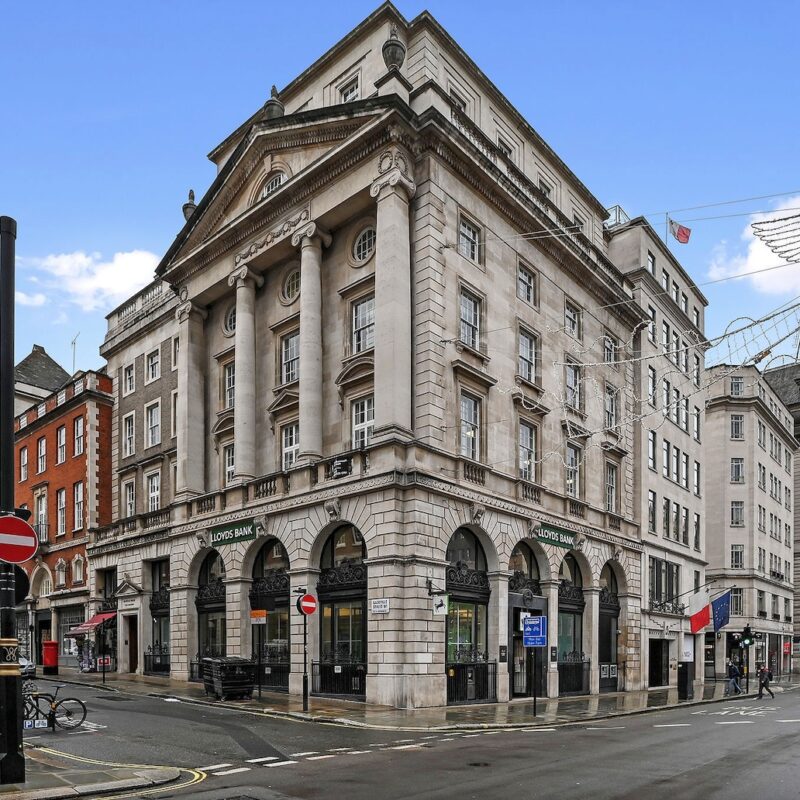