The listed office building is located on Nikolaifleet in the middle of cafés and traditional Hanseatic restaurants. 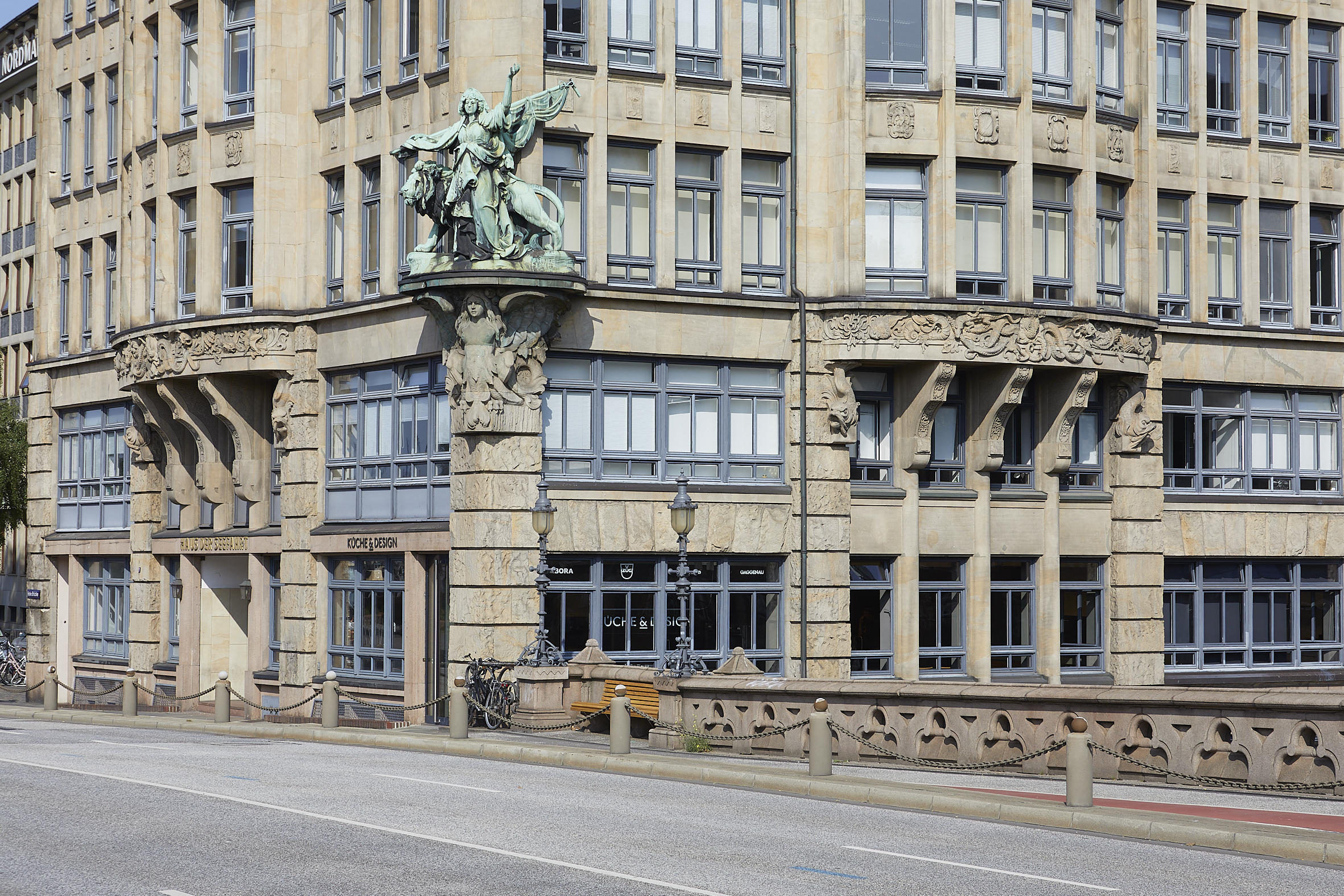 The Haus der Seefahrt is located at the confluence of the Nikolaifleet and the Hamburg inland port. It is located directly opposite the former service and residential building of the crane attendant and is in the best company of historical half-timbered houses with baroque facades. Here are some of the oldest buildings in the city, which has not been destroyed in the great fire in 1842. 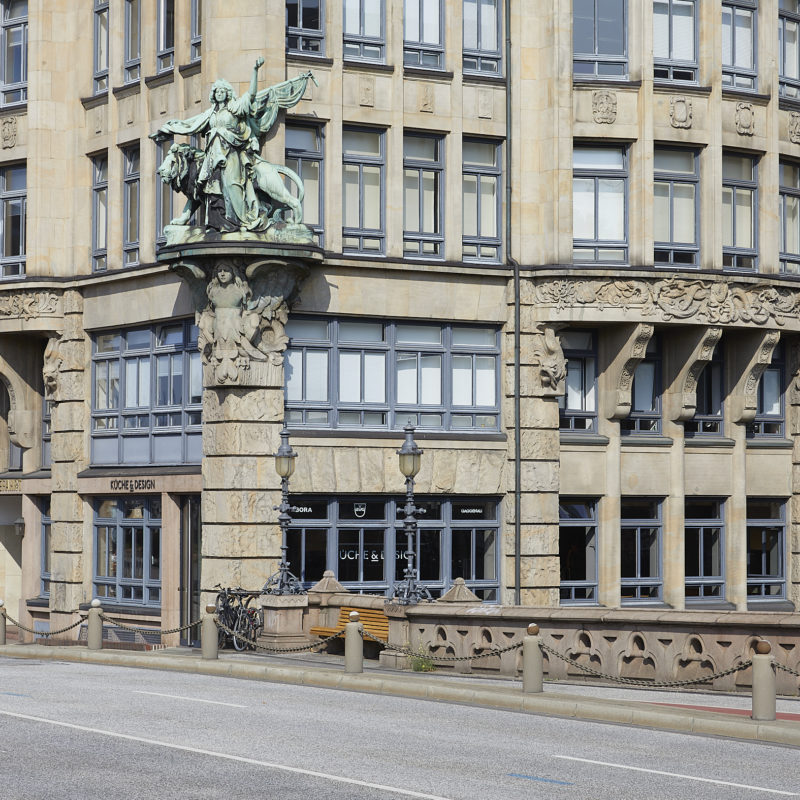 The impressive Kontorhaus remained undamaged during the war and is a listed building. It captivates with its sandstone facade with the Art Nouveau ornaments typical of the beginning of the 20th century, which show swans, sea animals and a crocodile. A statue of Hammonia, symbolic figure of the city of Hamburg, is also prominently positioned on a building projection, accompanied by a lion with a flag over its shoulder. It was extensively renovated in 1991 and 2012. 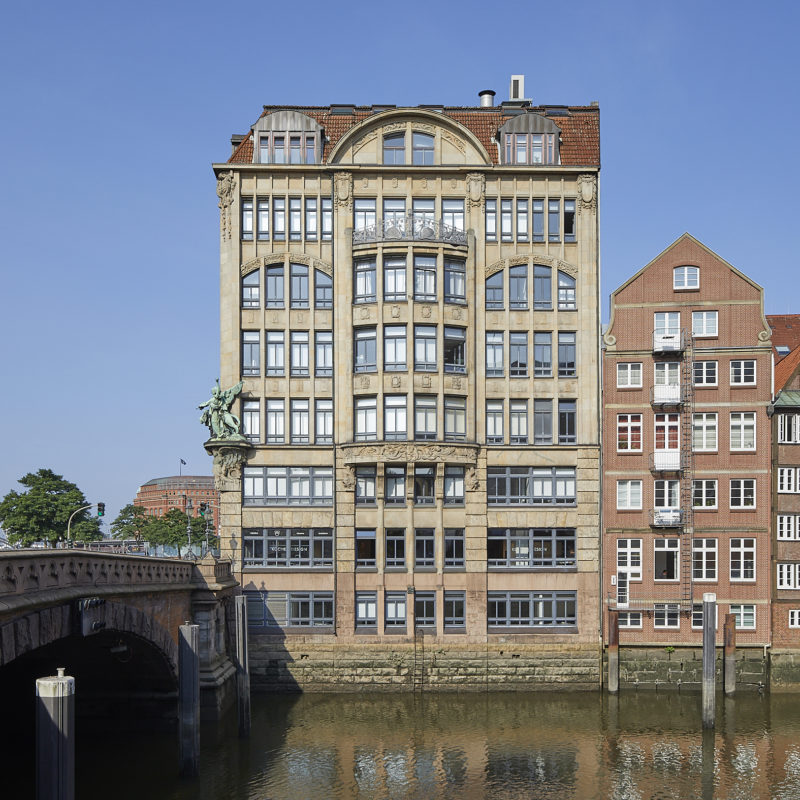 Today the Haus der Seefahrt is used as an office building. On eight floors, including the basement, it offers 3,300 m² rental space. 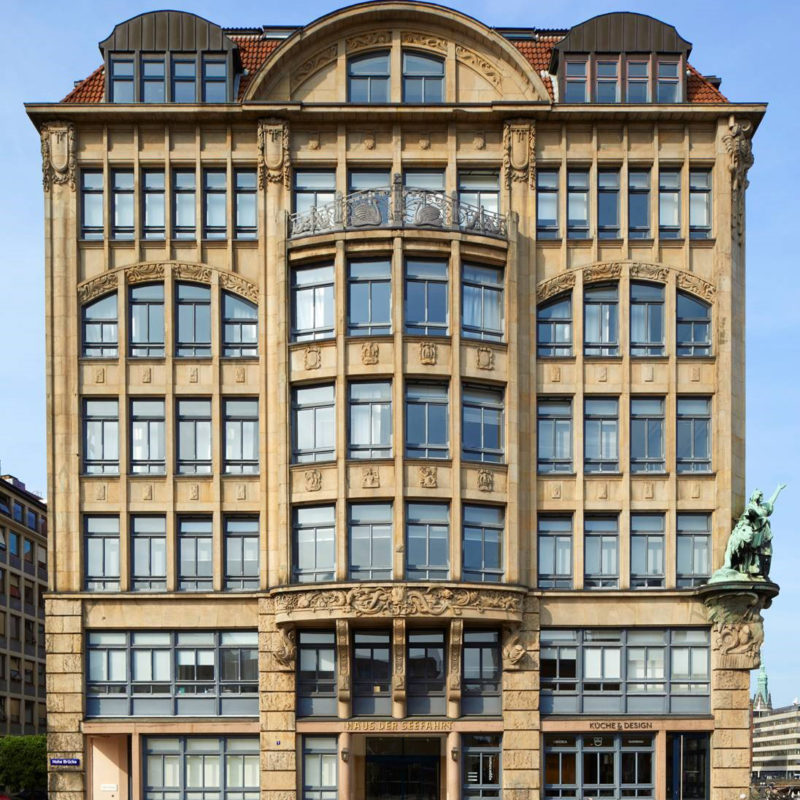